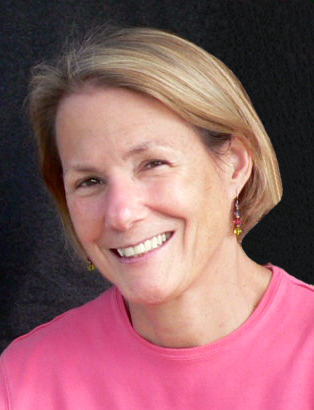 The night before she died, Pam Wells prepared an eggplant dish for her family to heat the next day while she rode her bicycle 100 miles. Having never attempted the distance, she was a little nervous as she worked in her kitchen, but her concerns might appear misplaced to any who knew her well.

“She seemed to excel at everything she did,” said her boss, Tom May, the chief financial officer for the Boston Symphony Orchestra, where Ms. Wells was controller since 2002. “She was in my view the renaissance woman.”

When May interviewed Ms. Wells for the job, he joined a line of those who responded with a series of double takes as they learned more about a life journey so full and varied that the straightforward paths many take seemed tame by comparison. She was probably the only key financial officer for a major symphony who previously had been a construction company project manager. And most likely she was one of few construction managers who majored in piano in college.

Outside of her kitchen window were expansive gardens she shaped in ways professional landscapers would envy. At 60, she was in the toned physical condition someone half her age might emulate. And she spent those final nighttime hours in a kitchen she and her husband were about to remodel to add a bookcase to hold the many volumes she pored over while creating inventive meals, yet another talent.

“She was pretty amazing, really,” said her husband, Tom Rogers. “She has not ever done anything halfway.”

Ms. Wells, who lived in South Hamilton, was bicycling with friends Sept. 21 in the Tri-State Seacoast Century ride when, according to police, a car struck the group, killing her and Elise Bouchard of Danvers.

“Upon first encounter, Pam always immediately impressed with her quiet refinement and her beautiful sweet smile and pleasant demeanor,” Martha Babcock, the BSO’s associate principal cellist, wrote in a tribute to Ms. Wells, who among her duties worked with musicians on the orchestra’s pension board.

“Then, when we got down to business and she patiently explained the arcana of pension finances to us players, we could see how bright and organized she was — how expert at her work — and how much she cared about getting things right,” Babcock wrote. “Little did most of us know, until now, just how many other talents she had.”

The oldest of four children, Pamela Ann Wells was born in Bryn Mawr, Pa., and was a child when her family moved to Sudbury. Her father was in the wool business, her mother raised the children, and Ms. Wells graduated from Lincoln-Sudbury Regional High School in 1971.

“She was really a good student,” her husband said. “She was prom queen, she was captain of field hockey. Everything you’d hope your kid would do, she’d do it.”

Ms. Wells went to Wells College in Aurora, N.Y., in New York’s Finger Lakes region, where she studied piano performance and graduated with a bachelor’s degree in 1975.

In her early 20s, she taught piano at Hebron Academy in Maine. Her first marriage, which ended in divorce, brought her to Europe, where she lived for a time and continued to teach piano.

Returning to Boston, she lived in the South End and was so attentive to details during the renovation of her building that the owner of the construction company offered her a job as a project manager. During one project she met Rogers.

“She was apparently hemming and hawing about asking me out on a date or something,” he said. “One day in a session, her psychiatrist picked up a pillow and threw it at her and said: ‘Call him.’ “

Though she couldn’t have known it at the time, their first date was portentous for her future: They went to see the Boston Pops on the Esplanade on July 4, 1990.

They married in July 1994 and moved to Hamilton a few years later, just a month before their second child was born.

“One day she said to me she always thought having an MBA would be a good idea,” her husband said.

She had worked for an accounting firm as a corporate librarian, but now became an auditor, and her firm’s clients included the Boston Symphony Orchestra. When she heard the BSO’s controller was leaving, she sought permission from her supervisors at PricewaterhouseCoopers to apply.

“As incredible as all her credentials were, she outstripped my expectations about 90 times over,” May said, adding that while hyperbole is common in praising a lost colleague during a time of tragedy, “with Pam, in fact, it is all true. I will miss her terribly. Her contributions were enormous.”

In a nod to her gardening accomplishments, the symphony will dedicate a section in the gardens at Tanglewood in her memory. In addition, an anonymous donor arranged to dedicate to Ms. Wells a BSO spring concert featuring a pianist, in honor of her playing and teaching.

“You could walk into her office any time of the day and you’d hear classical music playing in the background,” May said. “It wasn’t just a hobby for her, it was a passion.”

A memorial service will be held at 2 p.m. Sunday in First Church in Wenham.

When Ms. Wells added bicycling to exercise routines that included regular 5 a.m. workouts, she once rode the circumference of New Hampshire’s Squam Lake while visiting friends.

That led her to acquire better bikes, including an expensive Bianchi she bought in anticipation of last weekend’s 100-mile outing. She trained all summer, often with Bouchard and another friend.

“The weekend before this ride in New Hampshire, she went 78* miles, which was a huge accomplishment,” her husband said. “I was very proud for her.”

Ms. Wells took spinning classes to help stay in shape through the winter months, and she also participated in Tabata fitness classes, during which she was envied for the precision of her pushups. After she died, others in the class all tried in her honor “to do the perfect pushup,” her husband said, “but nobody could do it as well as Pam.”
—–
Boston Globe Obitiuary, pubished 9/21/13, written by Bryan Marquard, who can be reached at bryan.marquard@globe.com.

There is also: www.tributes.com/pamelawells where you can view and upload photos of Pam, and sign a guest book.