We will be forever grateful to Leslie Desroches who spearheaded creation of the Alex & Elise Rogers College Fund.

We were humbled to see how generous people were. It made a huge difference!

Alex was a political science major at Hobard College. After gratuation in 2018, Alex entered into the Management Training Program at Enterprise Car Rental. He now manages a busy branch north of Boston. Elise was a psychology major at Providence College graduating "virtually" this year. She will be working with a local day care center while preparing for graduate school.

Although we closed down the fundraising effort some time ago, we thought it nice to include Leslie's original appeal. 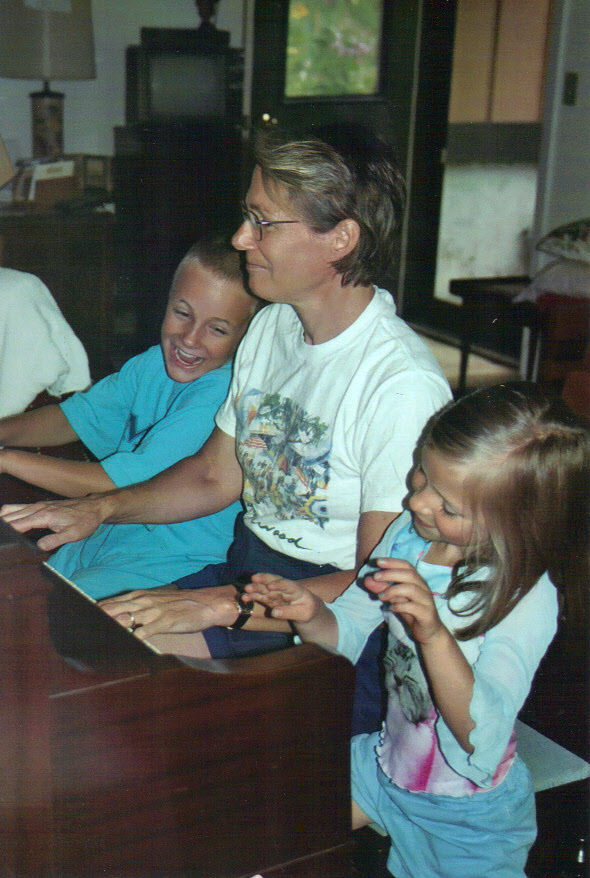 On September 21, 2013 our friend Pam Wells set out with a group of friends to complete her first ‘Century Ride’. She was going to ride her bicycle 100 miles along the New England coast in the company of over 1,600 other participants in the 40th Annual GSW Seacoast Century Ride.

Tragically, 90 minutes into the ride, a motorist drove into Pam and 3 of her friends who had been riding single file in the opposite direction. Both Pam and her friend Elise Bouchard lost their lives; two other friends were seriously injured.

Those of us who love Pam try to remember how excited and happy she was to participate in this event she had been training for all summer.  The day was beautiful and full of promise.

Pam was a down to earth, wonderful and gifted person who gave ‘her all’ to anything she undertook. She loved gardening, playing her piano, cooking, attending her children’s’ activities and riding her bicycle along the beautiful roads of the North Shore of Boston. As the family’s primary bread winner, she combined her passion for music with her financial skills as Financial Controller with the Boston Symphony Orchestra. But more than anything, she loved the life she had built with her husband Tom and her two wonderful teenage children Alex and Elise.

Pam’s story has touched many people. In order to ease Tom’s financial burden and to honor Pam’s hopes for her children’s continued education, I established the Alex and Elise Rogers College Fund in her memory. We would be honored to receive a gift in any amount if her story has touched you as well [link removed].